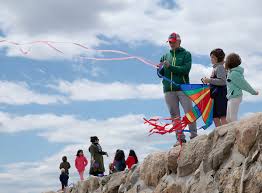 Matariki is a cluster of stars, known as the Pleaides or Seven Sisters, in the Northern Hemisphere. There are actually about 500 stars in the group but only 6 or 7 are visible without a telescope.
They are visible most of the year but disappear in May to rise again towards the end of June. Their reappearance signalled to Maori that a new annual cycle was beginning.

Legend has it that Tawhirimatea, god of the wind, was so angry when he heard his parents Ranginui and Papatuanuku had been separated that he tore out his eyes and threw them into the sky where they became stars.
Some iwi* tell of 9 stars in their legends, and their whakahari* vary from region to region.

It’s a time to gather as whanau, to honour those that have gone before, and to strengthen connections with one another.

It’s a time for food gathering and storage before winter, to share meals with loved ones and have fun together, to rest and refresh, to be creative and dream of the coming opportunities. What a wonderful time of year.