Piha Ratepayers & Residents Assn. submitted on the plan as did many of you here in Piha.  You will be pleased to know that your messages and we have been been told that, as a result, Council has recognised that they under estimated the community concern and has appointed a specialist team to consider the feedback.  Well done Piha.  The following letter from Council has been sent to all submitters.

Thank you for providing feedback on The Gap Draft Concept Plan, your input is valued by the project team. 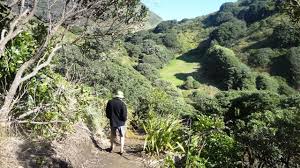 We had a total of 75 individual responses to the questionnaire and 6 separate group submissions.

78% of respondents to the questionnaire live at Piha and it was great to see locals having a say.

The following results and themes are from the questionnaires only, feedback from group submissions will be considered separately as they include more detailed information.

There were some clear themes that came through on the feedback;

We are now in the process of evaluating the group submissions and we will be in contact again soon to inform you of the process for further developing the plan.